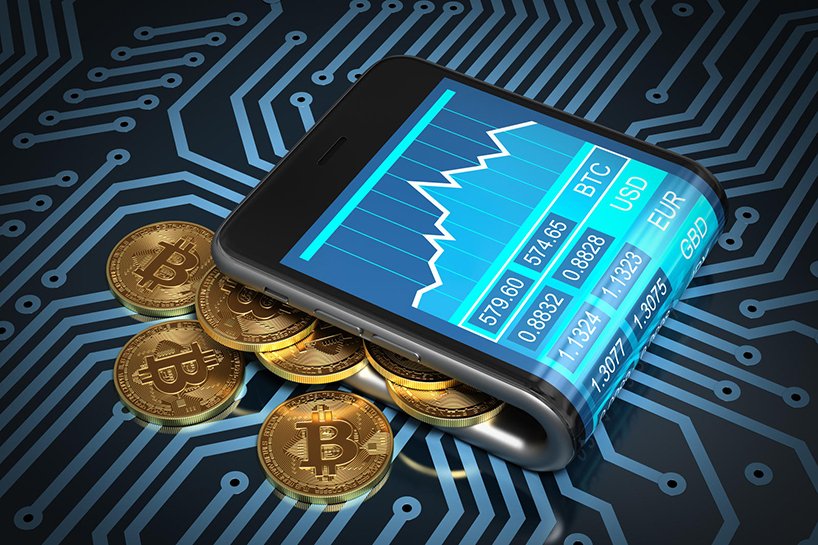 How soon will cryptolorrhagia end? And what awaits investors: wealth and thousands of percent of profit, or a funeral under the rubble of crashed cryptocurrencies?
The broker company NordFX offers to earn both on growth, and on the collapse of the cryptocurrency market.

Recently, the headlines of financial media have been firmly conquered by bitcoin and other cryptocurrencies:

"Parris Hilton," Bloomberg reports, "has been actively engaged in attracting investment in the cryptocurrency (ICO)."

"The post of Austria exchanges euro to bitcoin, Ethereum and other cryptocurrencies!"

"The Viberate Company has attracted more than $ 10 million in its ICO in just 4 minutes 42 seconds!"

Such headlines can not help attracting attention. And, in general, it is more than deserved. For example, the Etherium exchange rate only for the first half of 2017 grew by more than 250%, and the bitcoin, costing in September 2009. less than 0.1 cents, after just eight years, came close to the mark of 5.000 USD. That is, in just eight years, its price has grown 5 million times!

Indeed, there is something to ponder over for those who want to seriously increase their capital. Moreover, many forecasts of specialists look more than optimistic.

Thus, the British consulting company Juniper Research has calculated that in 2017 the total turnover of cryptocurrencies can overcome the level of 1 trillion US dollars, exceeding the similar result of the previous year by more than 15 times. In addition to bitcoins, a significant contribution has been made by the Etherium and lthe Litecoin.

Experts from Pantera Capital Management, Fundstrat Global Advisors and GFI Group Inc. believe that by the end of this year the bitcoin will reach the mark of 6.000 USD, while Standpoint Research predicts its growth in 2018 to $ 7,500.

As for a longer-term perspective, Fundstrat and Standpoint Research expects that by 2022 the value of this cryptocurrency will be about 25,000 USD, and after another five years, in 2027, it will reach the level of 50,000 US dollars!

But that's not all! For example, the CNBC TV channel has published a forecast of Saxo Bank analyst Kay Van-Petersen, according to which the bitcoin market capitalization in the next decade could reach 1.75 trillion dollars, as a result of which its exchange rate will grow to $ 100,000!

"All these forecasts," says John Gordon, leading analyst at brokerage company NordFX, "are warming the market pretty much, attracting new investors, making them cryptomaniacs. However, there are a lot of financiers who see cryptocurrencies as a pyramid that hangs in the air and can collapse at any moment. "

"Today, the cryptocurrency market continues to resemble Klondike, attracting speculators and scammers of all stripes," writes The Financial Times. The former director of Yahoo Brad Garlinghouse echoes the publication, according to him, this market requires strong regulation"

"Indeed," continues Gordon of NordFX, "the lack of regulation by state bodies discourages many serious investors who fear that cryptocurrencies can be outlawed overnight. Suffice it to recall that when in early September, the Chinese authorities banned the use of ICO to attract funding, the bitcoin suddenly lost 5%, and the Etherium lost 12% in price. "

Now the Central Banks of almost all leading financial powers are deciding whether or not to recognize cryptocurrencies at the state level. It will not work just to brush them off, because the regulators are under constant pressure, including by major commercial structures. Thus, according to the analytical company Autonomous, as of the end of August, 55 investment hedge funds have already been involved in cryptocurrency investments. And, according to the Fortune, thirty major banks, technical giants and other organizations, including JP Morgan Chase, Microsoft, Intel, BNP Paribas, BP, Cisco, Credit Suisse, etc. are uniting into a group called the Enterprise Ethereum Alliance to create a network basing on the Etherium.

It is said that cryptocurrencies have a great future, but a wild present. According to the strategists of Bank of America Merrill Lynch, the situation may change as they continue to grow and the liquidity increases. And, perhaps, the main boom is yet to come, when the giants of the retail sector, such as Amazon, Facebook, Visa and Mastercard, start to accept cryptocurrencies.

"Over the past 10 years, our company has earned a reputation as fairly conservative," says NordFX analyst J. Gordon. - We offer only proven products to our customers, but we cannot ignore such a phenomenon as cryptocurrencies. There are now thousands of them, and investments in most of them are excessively risky. Therefore, out of all this diversity, we have selected three of the most popular and promising ones - Bitcoin, Etherium and Litecoin, transactions with which can now be made on our platform.

I would like to note that in NordFX, transactions with cryptocurrencies are not exclusive for the elite. They are available not only to large investors, but also to ordinary people with 50 or 100 dollars. Moreover, these transactions can be aimed at both the growth of the crypto currency and its fall, which allows our clients to make profit at any market fluctuations. "